Aug 11, 2017 – Braxton Miller continue to add to his impressive resume by winning his fourth Championship this year at the National Boat Racing Association’s Long Course National Championship at Lake Raccoon, Centralia, Il. This is  his fourth National win this year, with two APBA’s Winter Nationals at Tabor City, NC., the United States Title Series OS-Y 400 at Depue, Il., and the C Mod. Hydro class at Centralia. He is the overall high point leader in NBRA and leads in points in the 400 Mod Hydro in the American Power Boat Association. Braxton will compete at the Thunder on Wolf Creek hydroplane races August 19-20 at Wolf Creek Park, Grove, Ok. He is a student at the Tulsa Tech in the A and P school in Jenks, Ok. 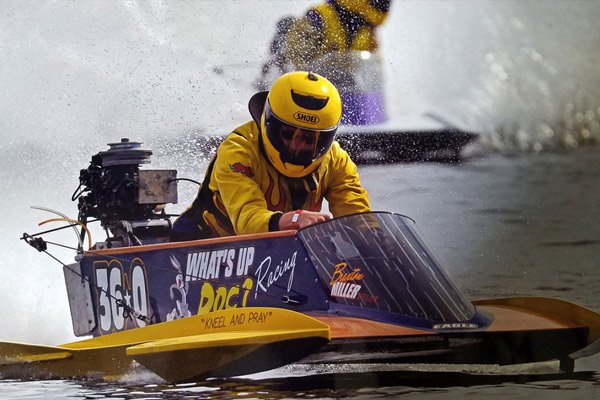