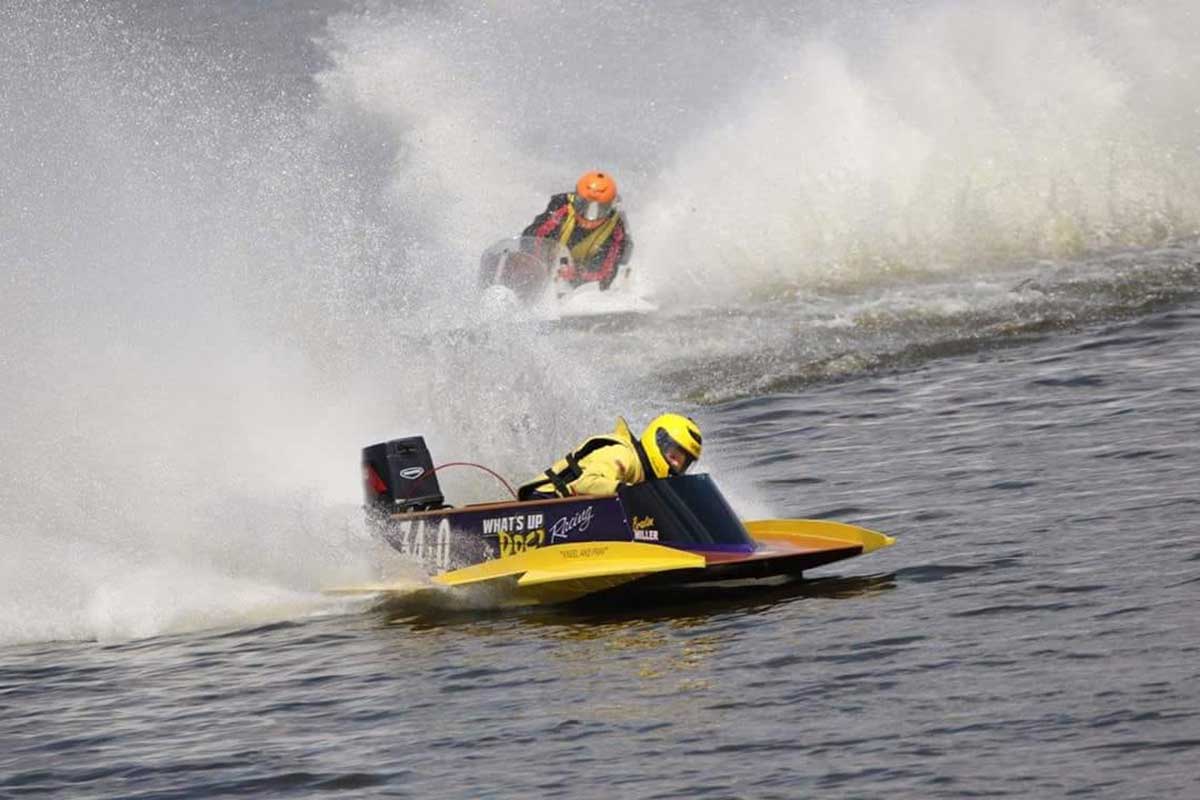 What’s up Doc Race team finished a big week of racing. We started at Danville, Il. Where we had lots of heat with temps of over 95 degrees and big winds. We had a good weekend as the wind died but the heat continued and most of us jump in for a cooling swim. Just Braxton, driving and me pitting we won 15 first and 2 seconds.

John Ruff got us to Wakefield MI. Over night where we tested Monday afternoon at the APBA Nationals. Braxton won the first heat of the D hydro and 2nd in the 2nd heat, and won for the fastest time. Braxton is your National Champ in D stock hydro. Way to Go.

We watched the races the next day and then on to the USTS national championships at Depue, IL. There we got Tara Cook to drive our C Stock hydro in the osy 400 class. She took our breath away with a near blow over the entire front stretch. She never was challenged and won easily. Rick Miller finished 3rd in the B hydro class and will challenge Tara for a rematch , as she won that class also.

Braxton nailed two great starts but was run down by Eric Vanover in Cliff Johnson’s national champion rig, getting 2 seconds. What a trip, thanks to John Ruff and Rick Miller.