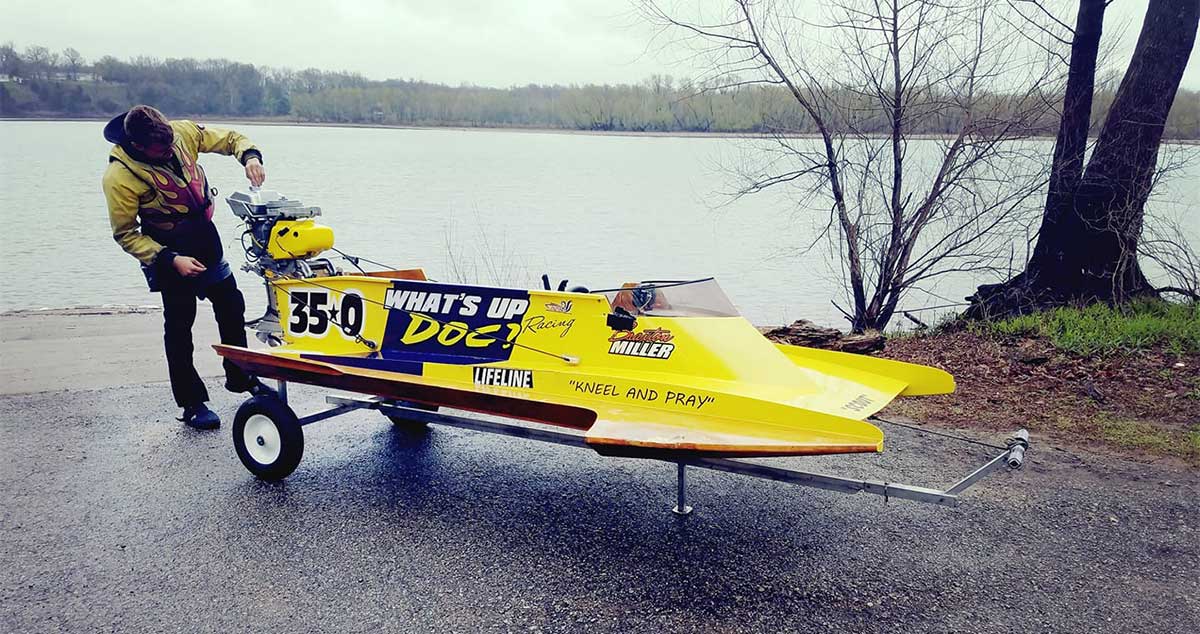 It’s fitting to end the race season with a photo of Braxton Miller testing his Y80 very early in the year. For those who may not know, testing is one the most important activities in the sport of boat racing. Most of us failed to do enough of it. The Y80 was build in the 70s and is still being raced today. In Dayton, OH. Braxton set a record with this boat. We used another but the Y80 is just as fast and has won many championship races.

Braxton and I have just returned from AJ Jolly Park Alexandria, KY, where we ran 16 heats. We only won one race with 3 heats win. We made everyone drive the best and never quit. Our motors are worn out from the over 160 heats this summer. A number of our props were damaged and unusable. We had a number of damaged boats, yes its racing!

We had an opportunity to spend this summer racing because Braxton was on summer vacation and Rick Miller generously sponsored him. Many others also helped: John Ruff who got us to the sites; Charley Holman who our mechanic and engineer; Tony Anderson who helped in many, especially our motors. Others that helped were: Larry Darnelle who helped with design; Jason Dirkson, who built and repaired or boats; Cliff Johnson who gave us sage advice; TJ Johnston who build our lower units and kept us in parts; and Rick Morris who built our 400 motors. We are thankful for the help of all that built our motors.

The result was a feat that has never been accomplished before, Braxton was the high point driver in both APBA and NBRA. He won more races in 2019 than anyone who has ever driven a race boat. Thanks to all that gave us a hand along the way…13000 miles.