Our race team traveled to Jesup, Georgia. to compete in APBA’s Winter Nationals.   The National races were held on Friday.  What’s Up Doc? The race team is composed of drivers Rick Miller and Braxton Miller and support team Tony Anderson, Andrew Jecmen, John Ruff, and Len Miller.  The team sponsor is Rick Miller who added to his already over 100 national wins by winning the 400 Mod. hydro class.  He battled Rhett Hebert who drove a similar Hot Rod motor.  Braxton won 3rd in the 400 class with an OMC motor.  Braxton had a big Nationals by winning both the 350 hydro and runabout with two different motors. He also used two different propellers while he competed with Jerry David and won on time as both had first-place finishes.  Braxton had a second-place finish in C Mod hydro and a third-place finish in C runabout.  On Saturday we had good finishes but not as good as the Nationals.  Our team will compete in Pineville on the 22 of April 2022. 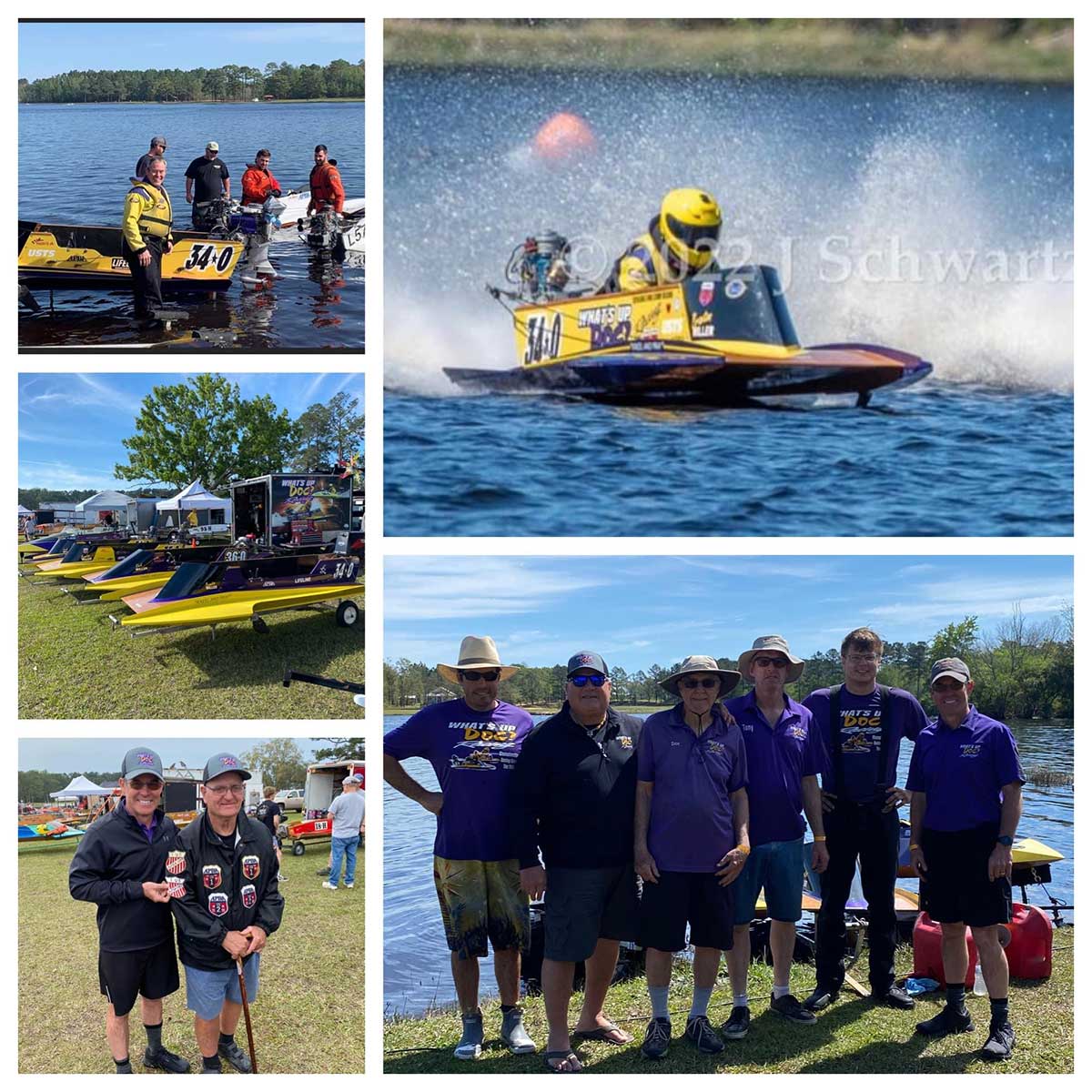